Rice is big business in the Greater Mekong Subregion (GMS) in Southeast Asia—not only as a vital source of food but also as a crop that provides work and income for 80 percent of the population. However, despite positive developments in the last decade, millions of tons are still being lost to pests, diseases, and weeds.

In a new paper titled “Biological Control of Lepidopteran Pests in Rice: A Multi-Nation Case Study From Asia,” published this week in the Journal of Integrated Pest Management, fellow researchers from China, Laos, Myanmar, Malaysia, and Sri Lanka join me in reporting on the impact of stem borers in rice producing countries, where they regularly cause yield losses of about 20 percent. Indeed, in some parts of the Philippines and Indonesia, white stem borer can cause tremendous losses to productivity and alternatives to insecticide use are urgently required.

While farmers have been fighting back with pesticides, this is not sustainable in the long run and instead my colleagues and I advocate the use of more environmentally friendly solutions. Working with partners, including the MARA-CABI Joint Laboratory for Bio-safety and the Chinese Academy of Agricultural Sciences, we are making a case that integrated pest management (IPM) for rice production in the GMS can bring about a more environmentally and economically sustainable rice pest management strategy for southwestern China, Laos, and Myanmar.

Key to this strategy is the establishment of 12 Trichogramma spp. rearing facilities (TRFs), four in each of the participating countries. The most promising strains of T. chilonis and T. japonicus were selected for production in the TRFs based on extensive field surveys, as well as laboratory and field release studies. The project also considered the potential for Trichogramma spp. of each strain to withstand the high temperatures expected under a changing climate. 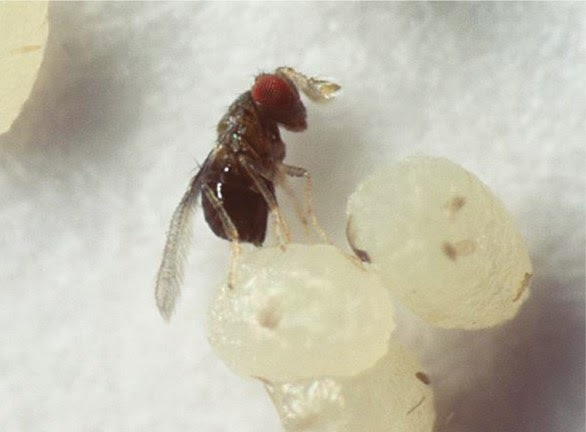 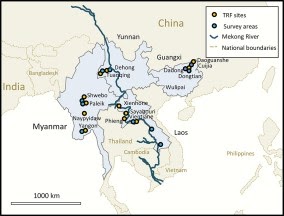 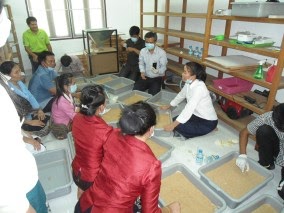 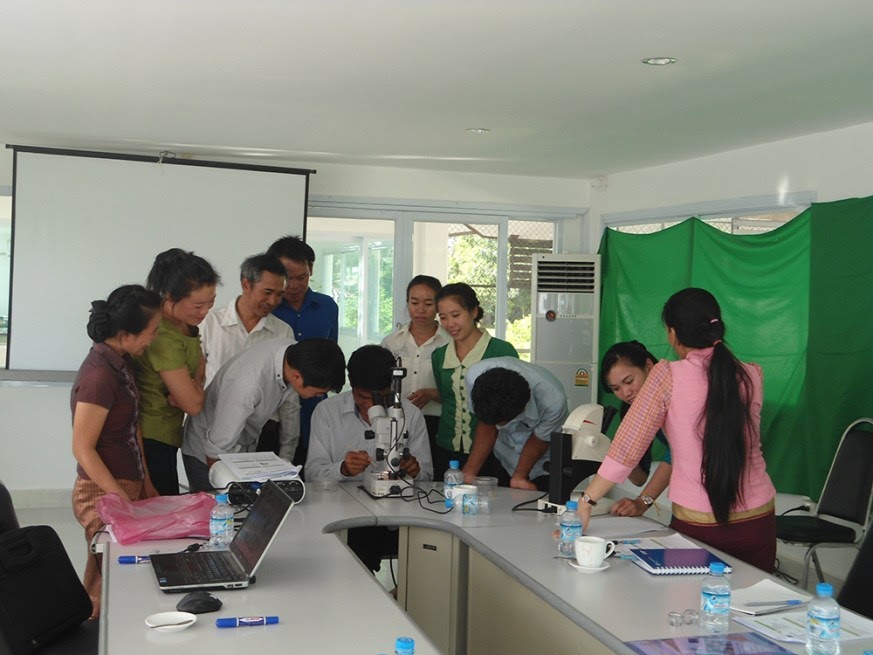 By implementing an IPM strategy, farmers are already reaping the benefits with higher rice yields (2-10 percent) and an increase in natural enemy abundance; for example, twice as many spiders! There have also been, on average, 1.5 fewer applications of insecticides on IPM plots compared to conventionally treated fields.

During a capacity-building program, IPM practices with strong cultural and biological control-based components were promoted among around 50 IPM trainers and more than 6,400 rice farmers. As well as teachings in the classroom setting, there were also demonstrations of IPM in the field.

Despite considerable efforts toward implementing biological control-based IPM in rice production, a number of challenges were apparent. At the farmer’s level, there was a lack of knowledge of IPM, including a lack of knowledge about the rational use of pesticides. For example, farmers often have a poor understanding of the environmental and health problems associated with pesticides. Moreover, the hot conditions, especially in Myanmar and Laos, made it tough to keep the TRFs free from pests. Very positive, however, was the considerable support from national stakeholders who were excited to increase their capacities in the area of IPM and biological control.

Our case study shared in the Journal of Integrated Pest Management indicates the potential successes of advanced biological control-based IPM systems. As such, our team believes these systems merit wider consideration, including adaptations for other regions and crops. By adopting a smarter and less pesticide-reliant way of fighting rice pests and diseases, we can help secure not only livelihoods but also local, national, and global food security.

View all posts by Samphanh LATHSAKID →
Subscribe to our Newsletter